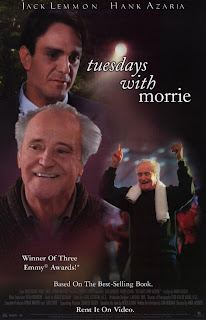 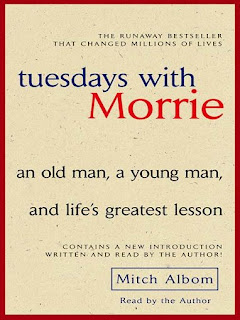 Most of us, at some point in our schooling, have had a teacher who had a major impact on our thinking and the way we've lived our lives. What a treat would it be now, all these years later, to reacquaint ourselves with that treasured advisor, to learn again those lessons he or she shared when we were young. Mitch Albom was given that opportunity. He spent several months regularly visiting his college professor, Morrie Schwartz, during the elder man's final year of life. The 1999 film adaptation stars Jack Lemmon.
Posted by editor at 7:00 PM